Once when I was six years old I saw a magnificent picture in a book, called True Stories from Nature, about the primeval forest. It was a picture of a boa which was swallowing an animal. Here is a copy of the drawing: 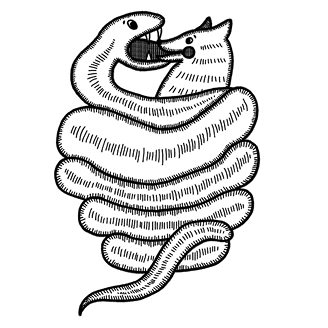 In the book it said: “Boas swallow their prey whole, they do not chew it. After that they are not able to move, and they sleep through the six months that they need for digestion.”

I thought about it. And then I made my first drawing. My Drawing Number One. It looked like this: 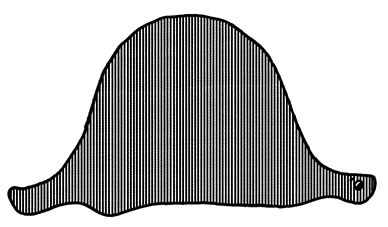 I showed my masterpiece to the grown-ups, and asked them whether the drawing frightened them.

But they answered: “Frighten? Why can anyone be frightened by a hat?”

My drawing was not a picture of a hat. It was a picture of a boa which was digesting an elephant. But the grown-ups were not able to understand it. They always needed explanations. So I made another drawing: I drew the inside of the boa. This time the grown-ups could see it clearly. My Drawing Number Two looked like this: 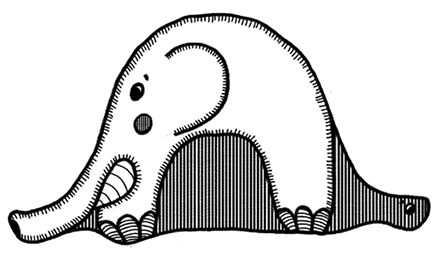 The grown-ups advised me not to draw the boas from the inside or the outside, and study geography, history, arithmetic, and grammar. That is why, at the age of six, I stopped drawing. So I did not become a famous painter. I was disheartened by the failure of my Drawing Number One and my Drawing Number Two. Grown-ups never understand anything by themselves, and it is tiresome for children to explain things to them all the time.

So I chose another profession, and became a pilot. I flew over all parts of the world; and it is true that geography was very useful to me. Now I can distinguish China from Arizona.

I have met many people. I lived among grownups. I saw them intimately, and that did not improve my opinion of them.

When I met one of them who seemed clever enough to me, I tried to show him my Drawing Number One. I tried to learn, so, if this person had true understanding. But he—or she—always said,

Then I did not talk to that person about boas, or forests, or stars. I talked to him about bridge, and golf, and politics, and ties.

So I lived my life alone and had no one to talk to, until I had an accident with my plane in the Desert of Sahara, six years ago. Something broke in my engine. And I had with me neither a mechanic nor any passengers. So I began to repair it all alone. It was a question of life or death for me: I had very little drinking water.

The first night, I went to sleep on the sand, a thousand miles away from any town. I was more isolated than a sailor on a raft in the middle of the ocean. Thus you can imagine my amazement, at sunrise, when I was awakened by an odd little voice. It said:

“Will you please draw me a sheep!”

I jumped to my feet and looked carefully all around me. And I saw a most extraordinary small person who stood there. He was examining me with great seriousness.

Remember, I crashed in the desert a thousand miles from any town. The child did not seem hungry or thirsty or frightened. He was not looking like a child lost in the middle of the desert. When at last I was able to speak, I said to him:

“But—what are you doing here?”

And he repeated, very slowly:

“Will you please draw me a sheep.”

It was absurd: in danger of death he wanted me to draw a sheep! I could not disobey. I took out of my pocket a sheet of paper and my pen. But then I remembered that I was studying geography, history, arithmetic and grammar, and I told the boy that I did not know how to draw. He answered to me:

But I couldn’t. So I drew for him one of my drawings. It was the boa from the outside. And I was astounded to hear:

“No, no, no! I do not want an elephant inside a boa. A boa is very dangerous, and an elephant is very big. Where I live, everything is very small. What I need is a sheep. Draw me a sheep.”

So then I made a drawing. 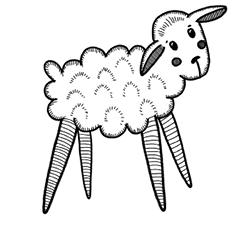 He looked at it carefully, and then said:

“No. This sheep is very sickly. Make me another.”

So I made another drawing. 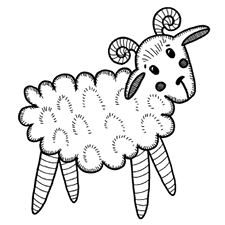 My friend smiled gently and indulgently.

So then I drew once more. 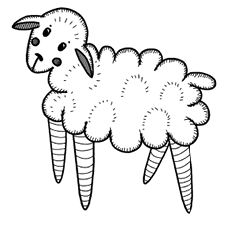 But it was rejected too, just like the others.

“This one is too old. I want a sheep that will live a long time.”

By this time my patience was exhausted, because I wanted to repair my engine. So I drew a simple box and explained:

“This is his box. Your sheep is inside.”

I was very surprised to see the face of my young judge:

“That is exactly what I wanted! Do you think that this sheep will need much grass?”

“Because where I live everything is very small.”

“There will be enough grass for him,” I said. “It is a very small sheep.”

He bent his head over the drawing.

And that is how I met the little prince. 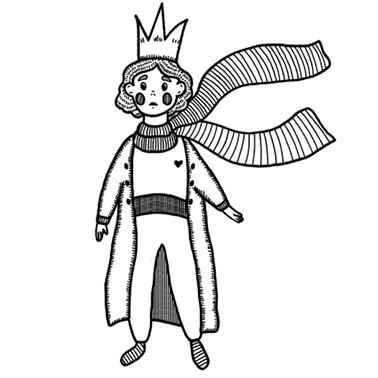 It took me a long time[2] to understand where he came from. The little prince asked me many questions, but did not hear the questions I asked him.

The first time he saw my airplane, for instance (I shall not draw my airplane; it’s too complicated for me), he asked me:

“What is that object?”

“That is not an object. It flies. It is an airplane. It is my airplane.”

And I was proud to tell him that I could fly.

He cried out, then:

“What! You dropped down from the sky?”

And the little prince began to laugh, which irritated me very much. Then he added:

“So you, too, come from the sky! Which planet is yours?”

At that moment I understood the mystery of his presence; and I demanded, abruptly:

“Do you come from another planet?”

But he did not reply. He tossed his head gently. He was looking at my plane:

You can imagine how my curiosity was aroused! I heard about the “other planets.” I tried to learn something more.

“My little man[3], where do you come from? What is this ‘where I live,’ of which you speak? Where do you want to take your sheep?”

After a while he answered:

“It is very good that you gave me the box. The sheep can use it as his house.”

“That is so. And if you are good I will give you a string, too, so that you can tie him during the day, and a post to tie him to.”

But the little prince seemed shocked:

“But where do you think he can go?”

“Anywhere. Straight ahead of him.”

Then the little prince said, earnestly:

“That doesn’t matter. Where I live, everything is so small!”

And, with sadness, he added:

“Straight ahead of him, nobody can go very far.”